“You’re About To Discover The Most Common Mistakes Women Make That Keep Them From Finding Mr. Right…

…And How To Stop These Self-Sabotaging Behaviors Dead In Their Tracks, & Get A Great Guy To Come Into YOUR Life!” 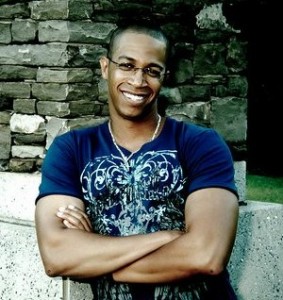 Are you a single woman looking to discover how to get the guy you’ve always dreamed of?

Do you just feel like figuring out what men want, is a complete mystery?

Hi, My name is Devon Brown, and on this site, you’ll get FREE INSTANT access to some of the most powerful dating advice for women available on the internet today!

You see, back in 2005/2006 my own frustrations with dating lead me down a path of discovery regarding the “disconnect” between men and women with regard to dating.

As I immersed myself in this subject matter over time, something struck me. Not only were there countless men (like me) who were frustrated with women; but there were also countless beautiful, intelligent, & caring women (just like you) that were struggling to find Mr. Right!

How Could This Be?

I mean think about it…

These women were GREAT! And from a guys perspective I can certainly tell you that the male population was interested in them.

I was utterly confused. Why were so many women complaining about how hard it is to find a good guy, while countless men were out there struggling to get these same women to notice them?

And Then It Happened…

As I continued to dig deeper and deeper in an attempt to understand dating, I started to realize something EXTREMELY profound.

I started to uncover a handful of key behaviors/actions that women were displaying that actually GET IN THE WAY of a great guy walking into your life and sweeping you off your feet.

From there, I started to pay attention to (and learn more about about) human behavior & the social dynamics that occur when men and women first meet.

And Once I Started Understanding The Behavior Patterns Of Men And Women, I Started Sharing My Advice With Girl-FRIENDS Of Mine…And The Results Were Astounding!

Truth be told, I’m not sure how it happened (considering how socially awkward and inept I used to be), but somehow, I ended up being the guy who many of my single girlfriends turn to when they need dating advice or want to figure out what a guy’s actions mean.

Heck, I even get calls from girlfriends of mine who say: “Hey Devon, I don’t need any help but I’ve got my friend Amber (or whoever) sitting next to me and she just met a guy…TALK TO HER!!

Not that I minded the calls, I actually think it’s fun to give HONEST advice from a guys’ perspective and educate women on what the guy may be thinking and how he may be responding to her actions/inactions.

So I Kept Doing It!

As I continued to give advice to more and more women, I started to realize something EXTREMELY profound. I started to realize how drastically different both men and women would view the same situation. Something as simple as a man approaching a woman meant 2 COMPLETELY DIFFERENT things to both parties! This explained a lot of the “disconnect” between the sexes and why both parties seemed to struggle to find a great person of the opposite sex!

I thought to myself…”Self, you should probably put up a website or something that talks about the things that you’re noticing”. But (for some unknown reason) I put that idea on the back burner.

But Then One Night, Something Happened...

And when it happened, it practically FORCED me to get off my butt and create this website.

I was leaving a bar with 2 of my girlfriends (they were sisters and I actually had a crush on the older one – lol) and as we headed towards the car a guy came up and started flirting with the younger of the 2 sisters. He was CLEARLY interested in her. Anyways, they exchanged phone numbers and as we got in the car so that I could drive them home, I actually got to HEAR the conversation they were having with each other about the guy who had just hit on the younger sister.

The conversation BLEW ME AWAY!!

Is this really what’s going on inside a woman’s head?

Is this really what all my girlfriends who call me for advice are saying to themselves and to their friends?

I had no choice…

I had to say something…

I’ll actually tell you all the juicy details about this particular night some other time, but suffices to say, in less than 20 minutes I was actually able to help the younger sister “get out of her own way” and take a few ULTRA-SIMPLE actions that made a great guy who had already shown interest in her, even MORE ATTRACTED to her!

After That Experience, I Decide That I Had
No Choice But To Create This Website!

In listening to the conversation that the 2 sisters were having, It was clear to me that I needed to provide a simple way for women to REALLY understand what’s going on inside the heads of men when they first meet!

My advice to the younger sister was simple…and it worked!

And Here’s The Best Part…

I’m going to let you in on EXACTLY what I told her (and much more).

Take the time to check out all of the great information this site has to offer; including my Dating Blog & the Dating Resources section as well!  But if you’d like to cut through all of the fluff, you can CLICK HERE to discover the #1 mistake that most women make with regard to dating!

And don’t forget to check out our  DATING QUIZ  when you get a second! 🙂

Devon Brown's dating advice for women is simple, honest, and most importantly . . .
EFFECTIVE! 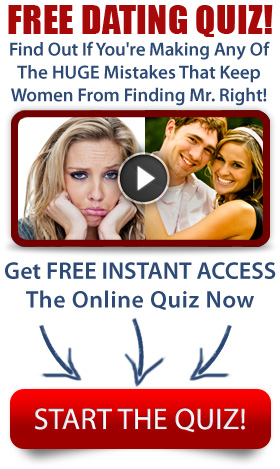